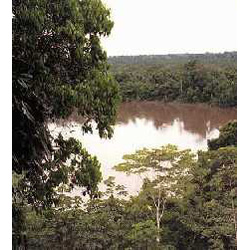 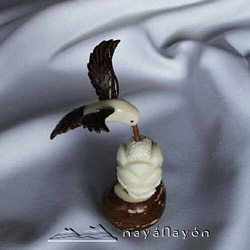 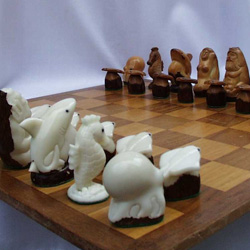 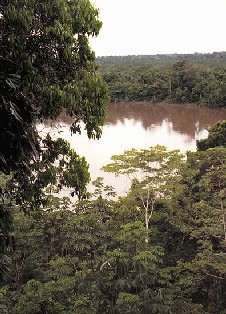 In the tropical rainforests stretching from Panama through Colombia, Ecuador until Peru grows within the forest in the shadow of the canopy a palm called Tagua. One finds this palm, that grows up to 8 meters in length, usually in the swampy parts of the forest and often in groups.
The botanical name of the palm is Phytelephas aequatorialis or Phytelephas macrocarpa and several subspecies are distinguished.
The palm produces yearly up to fifteen spikes with its fruits.

The spike has a hard shell with protrusions and has in its interior about thirty nuts.

It is this nut that has made the Tagua palm valued and famous.

The fruits or nuts are 5 to 6 cm in size with the largest ones up to 10 cm., have a brown skin and its pulp is white cellulose and edible.

The wonder comes when the nuts is being left to dry: after a few weeks in the sun the interior turns to ivory: palm ivory. From this palm ivory skillful artisans make beautiful handicrafts and that's what we show you in our tagua catalogue. 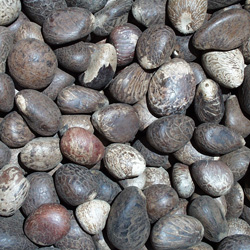 In olden times tagua was much more known and used than today. After ivory had become scarce and before the invention of plastics, tagua was for over two hundred years an important raw material for luxury articles, and being processed in three continents around the globe, for netsukes (Japanese miniatures), dices, domino and chessmen. Furthermore knobs of canes, umbrellas, needle boxes, religious figures and toys and most of all for buttons.
With the ascend of the plastics the tagua was disposed of.
However the last decades tagua is valued again as a natural material, because of its beauty and because the use of the tagua protects the rain forests.

In Ecuador a flourishing craft of decorative tagua pieces has surged, with figurines of birds, fishes and animals, chess and other games and jewels.
The workshops are found both in the coastal region and the highlands.

Nayá Nayón is a fair trading company that we established in the year 2000 with the aim of exporting Ecuadorian handicrafts.
Continuously we are improving our catalogue, looking for new designs and designing ourselves.

Both our hammocks and tagua are made by local artisans or small factories. We pay fair prices, have fiar wages, n child labor and care for the environment.
More about us.

We offer an enormous range of tagua products with over 1,000 articles in our online catalogue, what must be the largest tagua catalogue in the world.
Visit our Tagua Catalogue.